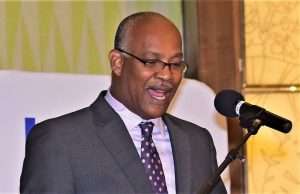 (CMC) – Barbados  Attorney General Dale Marshall on Thursday described the recent action by the United Kingdom government to list Barbados as a high-risk third country with respect to money laundering and the financing of terrorism as “unfortunate and disappointing, but not surprising”.

Barbados was placed on the list, which is contained in the UK’s amended Money Laundering, Terrorist Financing and Transfer of Funds (Information on Payer) Regulations 2017 (MRLs), even as UK officials acknowledged that authorities here have made efforts over the past few years to strengthen anti-money laundering and combating the financing of terrorism (AML/CFT) regimes.

“We have been tracking the potential for this development since earlier this year and we were given the assurance by the UK, that their list would simply mirror the Financial Action Task Force’s (FATF) list of jurisdictions with strategic deficiencies. Barbados has been on this list since February last year,” said Marshall.

“However, the UK’s use of the term ‘high-risk’ elevates the situation to one that is not merited, especially since it is using the FATF’s list. Nowhere does the FATF refer to the listed jurisdictions as being high risk.”

The Attorney General said the FATF makes it clear that a country’s appearance on the list of jurisdictions with strategic deficiencies is not a call for other FATF member countries to take enhanced due diligence measures, since the listed countries are actively working with the FATF to resolve the issues identified.

“In February 2020, the FATF and Barbados agreed on a multi-year Action Plan to address identified deficiencies and we have been working assiduously on the implementation of that plan, with the aim of being removed from the FATF in the shortest possible time. Barbados’ first progress report to the FATF is due in September this year,” Marshall noted.

Citing a FATF statement from February 2020, the UK acknowledged that Barbados made a high-level political commitment to work with the FATF and CFATF [Caribbean Financial Action Task Force] to strengthen the effectiveness of its AML/CFT regime.

However, it said that in light of the latest FATF statements, it was advising firms on its list to “take actions to minimize the associated risks, which may include enhanced due diligence measures in high-risk situations”.