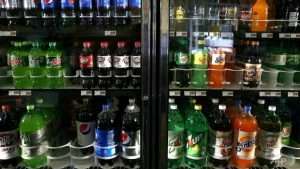 (CMC) — A new study by the Pan American Health Organization (PAHO) finds that consumption of sugary drinks could decline substantially if they were properly taxed.

PAHO said that the study, released on Monday, finds that a 25 per cent increase in the price of sugar-sweetened beverages, resulting from higher excise taxes, would likely lead to a 34 per cent reduction in consumption of these drinks.

“Sugary beverages greatly contribute to overweight and obesity, and these conditions are known to cause heart disease, diabetes and other serious non-communicable diseases,” said PAHO Director Dr Carissa F Etienne, adding “reducing consumption of these beverages improves health, and excise taxation is an effective tool to achieve this”.

The Dominica-born PAHO official said that effective policies, such as taxation of sugar-sweetened beverages, have become even more urgent amid the COVID-19 pandemic.

Scientific evidence indicates that people who are overweight or obese or suffer from diabetes and heart disease are more likely to develop severe cases of COVID-19, according to PAHO.

It said that, in the Americas, including the Caribbean, 64 per cent of men and 61 per cent of women are overweight or obese, “which are the highest rates in the world”.

Dr Hennis said that sugar-sweetened beverage taxes not only generate revenue, but they also improve health, while reducing long-term health costs and productivity losses, due to illnesses related to overweight and obesity.

“Sugar-sweetened beverage taxes could be used as an immediate source of tax revenue to respond to the COVID-19 pandemic, finance economic recovery plans, and support countries as they advance to universal health coverage,” Dr Hennis said.

PAHO said that taxes on sugar-sweetened beverages are increasingly being adopted by governments globally, and have been implemented in more than 73 countries worldwide.

In the Americas, PAHO said 21 member-states apply national-level excise taxes to sugar-sweetened beverages, while seven jurisdictions in the United States apply local taxes to these drinks.

The PAHO study notes that many taxes on sugar-sweetened beverages in the Americas have been designed with fiscal goals in mind and do not consider the important role they can play in the protection of health.

The report explains how existing taxes could be utilised to improve health through reduced consumption of sugar-sweetened beverages.

“As more governments adopt and improve taxes on sugar-sweetened beverages, this is expected to reduce the burden of non-communicable diseases,” Dr Hennis said.