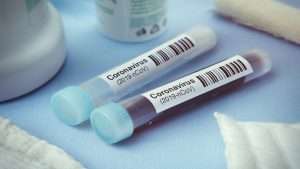 (CMC) — Trinidad and Tobago on Wednesday reported a record 399 confirmed cases of the coronavirus (COVID-19), as health officials reiterated their warnings that the country’s parallel healthcare system is on the verge of being overwhelmed.

The Ministry of Health in its latest bulletin said that there had been four additional deaths, pushing the death toll since March last year to 189.

It also said there are 3,024 active cases and that the total positive cases since March last year was 12,105.

The authorities said that of the 399 new cases, two are recently repatriated persons and that the number of cases reported reflects the samples taken during the period May 2-4. Fifteen people died from the virus over a 72-hour period ending yesterday.

The ministry said that the number of people in state quarantine facilities is 204, while 2, 307 are in home isolation.

Earlier, Principal Medical Officer in the Ministry of Health, Dr Maryam Abdool Richards, said that there has been an increasing trend with respect to hospital occupancy, describing the situation as “very concerning”.

“And yet again, I would like to emphasise as I did in previous conferences, that the clinical pattern or the clinical course for patients, that is how patients are treated in the hospitals and the severity of their conditions, has become worse.

“We have seen a trend in which persons with mild or less critical illness, are being hospitalised for up to five days, or somewhere between the range of three and five days. And we are seeing also that persons presenting themselves, for example to the Couva Hospital and Multi Training facility (in Central Trinidad) and to the Scarborough Hospital (in Tobago) are even more ill and are requiring ICU and HDU (High Dependency Unit) care.”

Dr Richards told reporters that these people are required to stay in hospital in some instances for as many as 21 days according to their latest statistics from May 1, and that it was representative in terms of the High Dependency Units occupancy, which increased overnight from 40 per cent to 70 per cent.

“The demand for hospital beds has been increasing. Now there are limited resources in terms of the hospital beds, and I would like to remind the population as I did on Monday, that a bed is not merely a bed.

“A bed consists of the nurses, the doctors, the supporting staff, for example lab services that have to do laboratory tests on a daily basis, the provision of personal protective equipment-the face masks etc. Additionally, limiting factors include the medication to treat patients,” Dr Richards said, reminding reporters also of the global supply/demand challenge for medication.

Dr Richards said that as of May 1, the Ministry of Health activated an additional 115 beds and have also transitioned one of the hospitals from a suspected cases hospital to a confirmed case hospital.