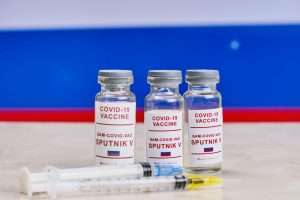 (CMC) – The St Vincent and the Grenadines government says it has ordered 50,000 doses of the Russia-developed Sputnik-V COVID-19 vaccine, as nationals continue to refuse taking the Oxford-AstraZeneca vaccine to help curb the spread of the coronavirus (COVID-19) pandemic there.

Health officials are worried that thousands of doses of the AstraZeneca vaccine are at risk of expiring at the end of this month, and Prime Minister Dr Ralph Gonsalves has said that he intends to donate them to other Caribbean countries in need of the vaccine.

He said that the Chief Medical Officer (CMO), Dr Simone Keizer-Beache, had informed him that people are requesting the Russian vaccine, which he, the CMO and other senior officials have taken in the past.

“I am going further and asking you, pleading with you to take the vaccine. It is important to your health. We have only had 13 per cent of the population who are vaccinated,” Gonsalves told radio listeners.

“I know that some persons have some queries about the AstraZeneca vaccine, but all the scientific reports would tell you with crystal clarity that any risk involved with AstraZeneca are minimal and the benefits are huge for any of these vaccines,” Gonsalves said.

“They reduce, markedly, transmission, they reduce the possibility, very significantly, of you getting seriously ill and, certainly, reduce the prospect, immensely of you dying with COVID, so I am urging,” he said, adding that the CMO has told him that there are a lot of people who say that they would take the Sputnik-V.

“Some of them say they want to take the Sputnik, which she took, which Roger (Medical Officer of Health Dr Roger Duncan) took, which Comrade Ralph took.

“Well, if that is true, remember I had written the Russian authorities in relation to the Sputnik and we have received an offer to purchase, well they have sent a draft contract for us to purchase 50,000 treatments. That is to say both components, the first and second jab,” the prime minister said.

Gonsalves said there is, however, an element of the contract that the CMO has to clarify with the Russian authorities.

“Not about the vaccine itself, about the contractual terms and while she had done that, the AG’s chambers will be looking at the document,” Gonsalves said, adding that he would contact the Russian ambassador in relation to the deal.

“But the AstraZeneca which we have, we have to bear in mind that they expire toward the end of May, between the 27th and 30th of May. So we have made the decision that at a particular point in time, we will give other Caribbean countries doses of AstraZeneca if they want them.

“And at least one country, I have been advised, has indicated that it may wish to get some of them. But I just wanted to say we are at the stage now, we are on the verge of getting the 50,000 treatments for the Sputnik dose one and dose two,” he said.

St Vincent and the Grenadines recorded a further 16 COVID-19 cases among evacuees in emergency shelters with the National Emergency Management Organisation (NEMO) reported on Sunday.

The cases follow the detection of five cases at an emergency shelter in Stubbs last week. NEMO did not say at how many shelters positive cases were detected, but noted that the 18 cases announced on Sunday were from 192 samples processed on April 30, resulting in a positivity rate of 9.4%.

The authorities said that nine new COVID-19 cases were recorded from 44 samples processed on Saturday, May 1. Twelve new recoveries were noted over the reporting period, leaving 140 active cases.

Eleven persons with COVID-19 have died. Since March last year, the country has recorded 1,882 cases of COVID-19 and 1,731 recoveries have been recorded.