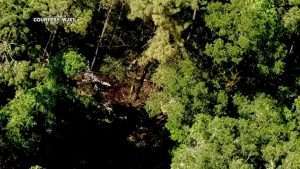 Motorists are being asked to avoid the crash site, which is just west of Middleburg, the Clay County Sheriff’s office said.

The Florida Highway Patrol, which is investigating the crash, said there were no survivors at the crash scene.

News outlets reported that officials don’t yet know where the plane departed or where it was heading when it crashed.

No additional details were immediately available.