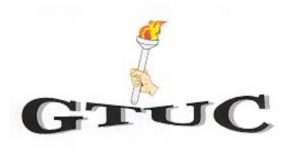 PR – It is with great apprehension that we report on Saturday April 24, 2021 Bro. Jude Bartholomew was Called in, detained and questioned by the Royal Grenada Police Force (RGPF) for several hours at the St. David Police Station.

This is a dangerous escalation of the ongoing dispute between the Public Sector Unions and the Government of Grenada (GOG) on the nonpayment of the agreed 4% increase in wages for the year 2021.

It is public knowledge that the Public Sector workers‘ in particular have been for the past months been involved in peaceful protest and have staged several religious like processions and candle light vigils the latest being Friday 23 April, 2021 at Victoria.

It is also noteworthy that in recent weeks the GoG tone has been threatening considering the National Address by Prime Minister Dr. Keith Mitchell and Minister of Education Mrs. Emmaline Pierre in addition to releases by the RGPF.

It must be noted that no religious leader has been questioned in relation to the scores of large funerals hosting scores and in some cases hundreds of mourners. There has been no report that the Parliamentary Representative for Carriacou and Petit Martinique was called in or questioned in relation to going on the media and inviting everyone in Carriacou to attend the procession of the body of the late Elvin Nimrod from the Jetty to the Mini Stadium and also to attend the funeral.

The last time a Union Leader was arrested, questioned or detained for Trade Union activity was in 2011 when the now President of the Senate was arrested during the Grenada Breweries Lock Out for blocking

the Company gates and before that would be during the 1979 to 1983 Revolution.

This however, will be the first time during Constitutional Rule when a Government of Grenada has detained/questioned a Trade Union Leader for activities involving the workers indulging in their Constitutional Right to protest.

History has recorded that all Governments that have taken high handed and aggressive actions against Trade Unions for practicing their Constitutional Rights have not come out on the better side of that history and I cite the Colonial Government against GMMIWU in 1951, the Gairy Government against the Union led Committee of 22 in 1973, the Blaize GNP Government against the GUT just before his death and loss of his party to Keith Mitchell, the NDC Government dispute with Trade Unions on the Essential Services Act, the NNP Government in several Trade Union disputes led by the then Trade Unionist Chester Humphrey between 2003 and 2008 and the NDC Government of Tillman Thomas arrest of the same Chester Humphrey in the Grenada Breweries struggle. After all these attacks on the Trade Union Movement there has been dwindling support recorded for all Governments. With elections due in the near future it would be advisable for the GoG to consider this apparent escalation that the workers will not loose.

This action by the GoG will only fuel the resolve of the GTUC and the Public Sector Unions to not give up and continue protesting the GoG blatantly breaking a signed Memorandum of Agreement.

An RGPF release has indicated this is an ongoing investigation, they may well be advised that were charges to be brought against Bro. Jude it may be advisable to speed up the release and parole of most

of the hardened criminals at Richmond Hill Prisons as Bro. Jude could be assured of having lots of Teachers and Trade Union personnels in adjoining cells.

The GTUC stands firmly behind its affiliates in this just fight and demands the GoG immediately halt on this doomed course.