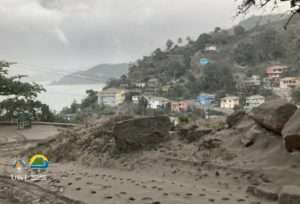 (CMC) – The Trinidad and Tobago government says it will be deploying members of the defence force to St Vincent and the Grenadines from Tuesday, as that Caricom country continues to deal with the explosive eruptions of the La Soufriere volcano.

“We will be deploying 50 officers of the Trinidad and Tobago Defence Force. This contingent will comprise personnel from engineers, infantry/ provost, medical and logistics. The contingent will be stationed in St Vincent for two weeks in the first instance,” the Ministry of National Security said in a statement.

The eruption of the volcano has resulted in several people having to be evacuated to several Caribbean islands including St Lucia and Barbados and the scientists monitoring the volcano have warned that the eruptions could continue for several weeks.