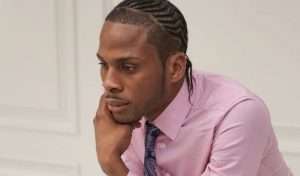 (DANCEHALL MAG) – Dancehall star Dexta Daps has called out a popular bar and restaurant in Fort Lauderdale, Florida for what he said was extreme racism exhibited by its staff members. The business has refuted Dexta’s claims and accused him of “hate speech.”

The popular Jamaican singer, in a minute-long video rant on Instagram, stood at the entrance of the establishment dubbed Rock Bar — a popular beachside eatery located at 219 S. Fort Lauderdale Beach Blvd. Daps complained about a racial slight that seemed to be subtle, but according to him, was unmistakable in its intent.

“I just see the biggest racist act in my life. I never see any other racist act that is so big,” the artist whose real name is Louis Grandison, complained in the video.

While the Call Me If singer never really detailed the incident in his rant, he vowed never to visit that particular establishment again.

In the video’s caption, Daps also railed against the restaurant’s ownership. “I dnt put ppl down nor talk bad abt them… In all honesty, I would much rather say nothing… But sometimes wen u dnt say anything abt the things that truly matter, the foolishness dnt stop…” he wrote in a caption. “#rockbar is a nice spot that I would’ve recommended to any1… But as of yest, dem get benchhhhh… Clean up yall racist staff blood… Until then, im black n proud, so f**k y’all str8 upppp…

“It’s a shame you would use your celebrity to stir such outrage and hate speech,” they told Daps. “All that was asked of you was to show your ID at the door to enter, like every other patron coming through our security/police detail line. Had you simply complied this whole situation could have been avoided. We are a place of business; race, religion, politics, or personal beliefs do not come into question of any guest visiting our establishment. You know very well what transpired and that your video/statements are now only contributing to divide.”

Dexta Daps later responded to the comment and stood by his initial accusations. “You needed ID for me to enter & use the restroom, when you had my credit card & served me liquor for 2 + hours. Make it make sense. I stand by my statement,” he wrote.

When asked by an Instagram user for evidence of their claims, Rock Bar added in another comment: “out of respect for a celebrity with over 1M followers we won’t post our video footage.”

It is not the first time that Rockbar has been put on blast by a person of color.

In December 2020, the restaurant was put under fire for racially motivated behavior regarding its credit card policy, where persons of color were required to leave a credit card with their waiter prior to being served.

The Washington Post reported in October 2020 that following George Floyd’s murder, social platforms such as Yelp have begun flagging businesses when there is “resounding evidence of egregious, racist actions from a business owner or employee.” However, critics have warned that the measures could be abused by users.

Dexta Daps is best known for his hit songs No Underwear, 7Eleven, Shabba Madda Pot, Owner, Call Me If, and Leader with Masicka.