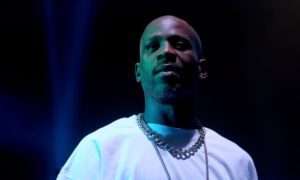 (URBAN ISLANDZ) – Steve Rifkind, DMX’s manager, has confirmed that the rapper is still alive and is urging the public to stop spreading rumors.

This comes after the “RIP DMX” hashtag has been trending on Twitter, with many fans speculating that the rapper has passed on. In a video posted on Instagram, Rifkin, who is also a longtime friend of the rapper, said, “Please stop with posting these rumors. DMX is still alive. Yes, he is on life support, but please, its not helping anybody by having them seeing these false rumors. Let the family relax for a night.”

Rifkind added that the public will be getting a statement from the family sometime tomorrow, April 9. While DMX is alive, after nearly a week of admission at the ICU of White Plains Hospital in New York, the 50-year-old rapper has been showing no signs of improvement. Reports are that the “X Gon’ Give It to Ya” rapper, whose real name is Earl Simmons, is suffering organ failure, and doctors see no signs of improvement and little to no brain activity.

The family of the rap legend is left with the difficult decision of whether or not to withdraw life support. Last Friday, April 2, DMX suffered a heart attack at his home caused by an overdose and has been in a vegetative state since. Reports are that after he was rushed to the hospital for nearly half an hour, he was deprived of oxygen, severely impacting his brain.

A prayer vigil was held for the rapper earlier this week outside the White Plains hospital, where friends, family, and fans prayed for the artist’s recovery.

DMX has been facing drug addiction issues for many years and was very open about his struggle. The rapper told the media that his first time using crack cocaine was at age 14 when he accepted a blunt from his mentor that was laced with crack. He found out what his mentor had done sometime later, but apparently, it was too late.

DMX had sought rehabilitation multiple times, including in 2019 when he did a stint and came back out sober. X told Iyanla Vanzant, host of the OWN series Iyanla: Fix My Life, that his drug issue was an ongoing battle.

“I will always have a drug problem. Just because you stop getting high doesn’t mean you don’t still have the problem, because it’s a constant fight every day.”

While his family is faced with a tough decision whether or not to take him off life support, DMX fans are urged to refrain from spreading false news about his death on social media.