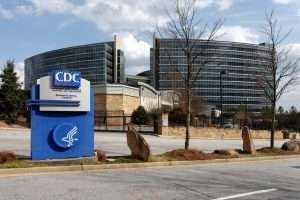 (NEW YORK POST) – The Centers for Disease Control and Prevention said Monday there is no significant risk of catching the coronavirus from a surface or object.

The CDC clarified its position in a guidance update that said people generally contract ­COVID-19 through direct contact with a sick person or from airborne transmission.

“It is possible for people to be infected through contact with contaminated surfaces or objects (fomites), but the risk is generally considered to be low,” the revised guidance states.

The official revision was made nearly a year after the agency noted last May that COVID-19 “does not spread easily” through touching surfaces or objects.

Before that, at the beginning of the pandemic last March, the agency had warned that “it may be possible” to pass on the bug from contaminated surfaces.

That initial guidance prompted the MTA to close the subway system overnight and to use disinfectants to clean every surface in stations and trains.

The CDC now says that disinfectants aren’t even necessary in most situations and that simple cleaning agents appear to be effective against the virus.

“There is little scientific support for routine use of disinfectants in community settings, whether indoor or outdoor,” to prevent spread through surfaces, the CDC said.

“In most situations, cleaning surfaces using soap or detergent, and not disinfecting, is enough to reduce risk.”

The new guidelines were introduced by Dr. Rochelle Walensky, the CDC director, during a White House coronavirus briefing on Monday.

She said that some cleaning methods, such as fogging, fumigation and electrostatic spraying, aren’t recommended as a primary method of disinfection and actually carry safety risks.

Case reports have shown that the virus can be transmitted when a person touches their nose, mouth or eyes after touching something that an infected person has recently coughed or sneezed on.

But, the CDC noted, studies have found that the risk of catching the bug via a surface is generally less than 1 in 10,000.