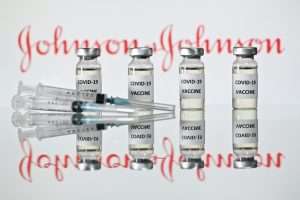 (AFP) — About 15 million doses of the single-shot coronavirus vaccine made by Johnson & Johnson were ruined in a factory error in the United States, The New York Times reported — a blow to the company’s efforts to quickly boost production.

When contacted by AFP, the pharmaceutical giant said it had identified a batch of doses at a plant in Baltimore run by Emergent BioSolutions “that did not meet quality standards” but did not confirm the specific number affected.

The company also said the batch “was never advanced to the filling and finishing stages of our manufacturing process”.

“Quality and safety continue to be our top priority,” it said.

The Times report however signalled that issues with quality control could affect future output, with the Food and Drug Administration expected to investigate.

The FDA told AFP it was “aware of the situation” but declined to comment further.

Johnson & Johnson said it was sending more experts to the site to “supervise, direct and support all manufacturing of the Johnson & Johnson COVID-19 vaccine,” which would allow it to deliver an additional 24 million shots “through April”.

The Emergent BioSolutions plant had not yet been authorised by US regulators to manufacture a “drug substance” for the J&J vaccine, the company said, but US media reported that it was expected to produce tens of millions of doses in the near future.

The J&J vaccine has won praise for its single dosage and because it does not need to be frozen — unlike the shots from Moderna and Pfizer — making distribution much simpler.

“We continue to expect to deliver our COVID-19 vaccine at a rate of more than one billion doses by the end of 2021,” J&J said.