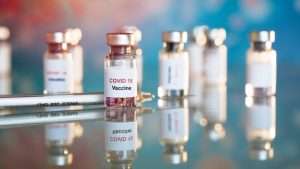 (AP) – New figures from Britain’s statistics agency showed Monday that older people from Black African backgrounds are more than seven times as likely as white Britons to have not received a coronavirus vaccine.

More than 30 million people in the UK — or about 57% of all adults — have received a first vaccine dose. But significant concerns remain about lower vaccination uptakes and hesitancy to take the jab among some ethnic minority groups.

The Office for National Statistics said Monday that among people 70 years old or older, the lowest vaccination rates were seen among people identifying as Black African, at 58.8%, and Black Caribbean, at 68.7%. The vaccination rate among Bangladeshis was 72.7% and for Pakistanis it was 74%.

That is markedly lower than the rate among white British people in the same age group, which stood at 91.3%. The agency didn’t provide an explanation of why there was such a difference.

Overall, 90% of all residents in England in the age group have received at least one dose of the vaccine.

The agency’s statistical modelling found that the odds of people from Black African backgrounds not having had the coronavirus jab were 7.4 times greater than the odds for the white British group. It noted that the odds remained higher even after age, sex, social-demographic characteristics and underlying health conditions were accounted for.

Lawmaker Layla Moran, who chairs the all-party parliamentary group on the coronavirus, said the figures were “deeply alarming” because research has shown that many ethnic minorities face a higher risk of becoming seriously ill from COVID-19.

It was the first time the statistics agency published an analysis on vaccination rates in older people broken down by factors like age, sex, ethnicity and deprivation.