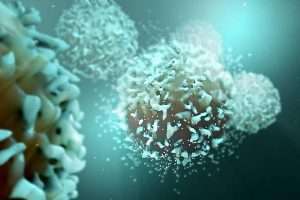 (AFP) — The emergence of coronavirus variants has provoked concern about their impact on the effectiveness of vaccines, and whether people who were previously infected might be more susceptible to reinfection.

But in welcome news, a new study on Tuesday showed that a key player in the immune response, called the “killer T cell,” remained mostly unaffected.

The finding is encouraging because although these white blood cells are not a first line defence against infection, they can help prevent severe disease.

Scientists at the National Institutes of Health and Johns Hopkins University analysed blood samples from 30 people who had contracted and recovered from COVID-19 prior to the emergence of variants.

The team wanted to know whether these cells, known by their technical name “CD8+ T cells,” could still recognize three variants of SARS-CoV-2: B.1.1.7, first found in Britain, B.1.351, identified in South Africa, and B.1.1.248, first seen in Brazil.

What makes each of these variants unique is the mutations they carry, especially in a region of the virus’ spike protein, structures that stud its surface and allow it to invade cells.

It has already been shown that mutations to this region of the spike protein make some variants less recognisable to neutralising antibodies — infection fighting proteins produced by the immune system’s B cells.

This seems to be particularly true, for instance, of B.1.351, according to research on the impact of current generation COVID vaccines.

Neutralising antibodies are custom-made to fit an antigen, or a specific structure of a pathogen.

In the case of the coronavirus, this is the spike protein, which the antibodies bind to, preventing the virus from infecting cells.

Killer T cells, on the other hand, look for telltale signs of cells that have already been infected with pathogens they have previously encountered, and then kill those cells.

In the new study, the researchers found that the killer T cell responses remained largely intact and could recognise virtually all mutations in the variants studied.

The researchers noted that larger studies are needed to confirm the results, but said that it nevertheless demonstrated that killer T cells are less susceptible to mutations in the coronavirus than neutralising antibodies are.

Antibodies are still important to prevent infection in the first place — and the reduced efficacy of vaccines to the variants seems to be evidence of this.

But a killer T cell response that kicks in later and aids in clearing off the disease, helps explain why the vaccines seem to be able to prevent severe disease and hospitalisation, even though their efficacy at stopping infection by variants is reduced.