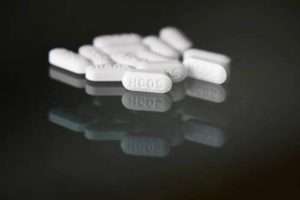 (AFP) — The UN-linked International Narcotics Control Board (INCB) called in a report published Thursday for more action on what it termed the “hidden epidemic” of drug use among older people.

The board’s annual report notes that “today’s ageing world population comes with a new challenge, namely an increased vulnerability of older people to drug use and drug dependence”.

The report admits that “increased research and extended data collection” is needed in the field and also points out the lack of consensus on what constitutes an older person in this context.

The issue is further complicated by a study cited in the report which “estimates that the ageing process can be accelerated by at least 15 years among people with substance use problems”.

Nevertheless, it says the data that is already available suggests an “alarming trend”.

In the United States for example, studies are cited which show that the use of pain relievers, tranquilisers and sedatives is higher for older people than among the general population.

In addition, the report says that “when comparing past-year drug use for people aged 65 and older in the United States, the use of cannabis increased from 1.2 per cent in 2012 to 5.1 per cent in 2019”.

Aspects of the phenomenon can also be observed in lower-income countries.

“Estimates on substance use in India and Nigeria show considerable use of non-medical pharmaceutical opioids and cough syrup among the 45–64 age group, and in Nigeria, the non-medical use of tranquillisers was most prevalent among people aged 60–64,” according to the report.

The INCB says more attention is needed on the problem in order to tailor treatment programmes for this age group.

Among the specific challenges they face is “polypharmacy or the mixing of five or more medications per day — either prescription, over-the-counter or illegal drugs”.

This form of misuse can make older people particularly vulnerable to developing an array of conditions including respiratory problems, liver disease and diabetes.

In addition, “stigma and shame” stemming from substance abuse can lead to isolation.

The report also draws attention to how the coronavirus pandemic has “negatively affected” the global supply chain of medicines and disrupted access to mental health treatment services.

The INCB says this disruption is “extremely worrisome”, given the toll that lockdowns and other restrictions are taking on citizens’ mental health.