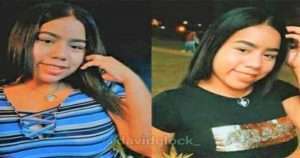 (TRINIDAD EXPRESS) – Venezuela media are reporting that a teenager was lured from her home by a human trafficking ring with the promise of a life in Trinidad and Tobago.

In a twitter thread, Venezuelan Journalist Pableysa Ostos detailed the ordeal of 17-year-old Dairelis Estefany Díaz Terán who disappeared from her home in Bolivar State on March 19. According to Ostos, the teenager was reportedly contacted by a man on Facebook who asked if she would like to come to Trinidad a year ago.

The Facebook profile (named Jhonny Broker) claimed to be a Trinidadian man and offered to pay for Teran’s travels and told her to take other girls with her.

“The victim’s sister reported to the authorities that a year ago she-Dairelis’s sister- received a friend request from this man on Facebook who told her that he was a Trinidadian and asked her if she would like to go to Trinidad and Tobago. The victim’s sister answered yes but that she did not have the money to travel there. The man asked her for an account to make a payment and told her that she should take other girls with her,” said a police source.” wrote Ostos.

Ostos said Teran left her home on March 19 without an explanation. Her family checked her Facebook profile and discovered messages in which Broker offered to provide transport for Teran to Tucupita.

“She allegedly told her sister Dairelis and a friend, but the young women indicated that they would not leave. On March 19 the victim left her home without giving explanations, so they checked her Facebook and found that he was in conversation with Jhonny Broker. According to one of the messages, he assured her that some people would pass through her in a red vehicle and that they would transfer her to Tucupita, Delta Amacuro.”

The profile responded that she would contact them later. On Sunday, Ostos was informed that Teran was rescued by police. Two suspects, María Raquel Villaroel Rojas and Modesto Jesús Subero Villaroel were arrested in connection to her case. Ostos said the two suspects are reportedly members of a human trafficking gang.

“The officials seized a Daewoo Lanos vehicle, license plate VAS59W vinotinto, which was used to make the transfers. These would be members of a human trafficking gang that is led by a subject nicknamed the Santiago. The procedure was carried out this Sunday in the La Paloma sector, Tucupita,” wrote Ostos.

The risk of human trafficking has grown in Trinidad and Tobago, according to Angie Ramnarine, co-ordinator of the La Romain Migrant Support Group.

She told the Express in a telephone interview on Monday that while the risk exists globally, Trinidad and Tobago continues to be a point of access for illicit trade.

“I think in Trinidad it is an issue but it is more underground, it is widespread. Criminologists are looking at the phenomena but I think it definitely exists and it cannot be ignored. These things are happening globally, people get online to do their crime. It is not out of the ordinary. There are probably even more cases than what is reported because when people are desperate, young and undereducated they become easy targets for predators. They are using anywhere that they could traffic. If there is a demand for the flesh trade, that is where they operate and it’s no secret that there is a demand here,” she said.

To reduce the risk, she said Trinidad and Tobago must be made less lucrative through proper legislation and enforcement.

“Undoubtedly Trinidad and Tobago is a point of access due to the geographic proximity and our porous borders. You have to make it less lucrative for the traffickers, you need to make sure that laws are enforced and measures are put into place so people are not so susceptible. Not just with human trafficking but with every illicit trade and crime, our borders have been an issue. So, it needs to be addressed,” she said.