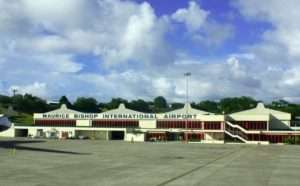 PR – The crippling effect of the ongoing COVID-19 pandemic is forcing the Grenada Airports Authority (GAA) to examine more stringent cost-cutting measures to eliminate its monthly deficit of $2.2 million.

The GAA has experienced a significant decline in revenue since the start of the pandemic as the sharp decrease in the demand for world travel has triggered reductions in flight operations, causing passenger arrivals through the Maurice Bishop International Airport (MBIA) to be almost non-existent.

This devastating drop-off in aircraft movement has led to the nearly complete paralysis of both aeronautical and non-aeronautical revenues for Grenada’s international airport. GAA revenue, derived specifically from passenger fees, landing fees and commercial concessions, has plummeted. Aircraft and passenger-related revenue account for around 90% of MBIA’s income.

Consequently, for the past year, the GAA has drawn down on its revenue reserves to remain operational and to ensure that all COVID-19 protocols and standards were implemented, realised and maintained for the benefit of our country.

A number of critical cost-cutting measures were implemented, as far as possible, without creating risk to aircraft and passenger safety and security.

However, given the severity and extended duration of the current pandemic, the GAA has now been forced to introduce more stringent second-tier measures to mitigate the significant financial deficit.

Airport management is working feverishly to further cut back on operational costs and the GAA has been engaging staff and other stakeholders to work together to develop strategies to navigate through this unprecedented period. The GAA has also sought out and received assistance from Government, which will amount to one million dollars each month, for the rest of 2021.

Based on the extent of the financial fallout from the pandemic and the correlating impact on its workforce, the GAA will also continue to engage in discussions with the Grenada Technical and Allied Workers Union, which represents airport workers.

The situation at the MBIA is not unique, as many airports around the world are grappling to deal with the unprecedented challenges caused by the COVID-19 pandemic which has severely crippled the global aviation industry. Some airports were forced to close by Governments worldwide in an attempt to curb the spread of the virus while others have limited their operations. Inevitably some have now been left with no choice but to close altogether due to near non-existent passenger traffic.

Early predictions of June 2020 being the turning point for the recovery of the aviation industry, did not materialise. With the advent of the second wave of the virus, we have seen countries locking down their borders and imposing strict travel restrictions, such as the United Kingdom, which is one of Grenada’s major source markets for visitors. Canada has also closed its borders to all Caribbean countries and Mexico. Passenger arrivals from the United States have dwindled to single digits per flight. In neighbouring Trinidad and Tobago, the airport has remained closed to scheduled commercial traffic for the past year. These developments have further postponed Grenada’s recovery, raising an unquestionably high level of uncertainty for the aviation industry.