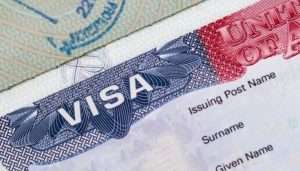 (AP) — A group of US senators, including Senator Jeanne Shaheen from New Hampshire, is urging President Joe Biden to rescind the Trump administration’s ban on seasonal, employer-sponsored and cultural exchange visas.

The processing of non-immigrant visas was halted in June and is expected to expire on March 31, but businesses that rely on the temporary workers, especially during the summer, have struggled to fill jobs, Shaheen said in a letter to Biden dated Wednesday.

The ban “continues to harm a wide cross-section of families, businesses, and communities across the country,” said the letter, also signed by Democrats Cory Booker and Bob Menendez of New Jersey, Michael Bennet of Colorado, and Angus King of Maine, an independent.

The Trump administration had cast the effort as a way to free up jobs in an economy reeling from the coronavirus. It applies to H-1B visas, which are widely used by major American and Indian technology company workers and their families, H-2B visas for nonagricultural seasonal workers, J-1 visas for cultural exchanges and L-1 visas for managers and other key employees of multinational corporations.