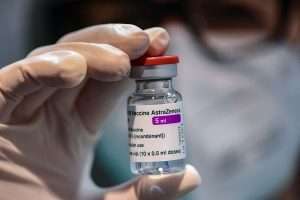 (NBC NEWS) – The Oxford-AstraZeneca Covid-19 vaccine is safe to use, the European Medicines Agency said Thursday after a number of countries, including Germany, France and Italy, suspended it over concerns about blood clots in some recipients.

The finding came just two days after the regulator said Tuesday it reviewed new information and found there was “no indication” that there was any link between AstraZeneca’s vaccine and blood clotting. It added that the vaccine’s benefits continue to outweigh the risks.

The hotly anticipated decision came at a time when the European Union is in the midst of a vaccine shortage and amid an escalating feud with the U.S. and Britain over their handling of deliveries to the 27-nation bloc.

AstraZeneca said Sunday that a review of safety data from more than 17 million people given the vaccine in the United Kingdom and European Union had shown no evidence of an increased risk of blood clots.

The European Union’s vaccination rollout has been hampered by shortages and ahead of Thursday’s announcement, France and Italy said they would restart vaccinations with the AstraZeneca vaccine should the regulator rule there were no concerns with the vaccine.

In a separate press briefing Thursday, the World Health Organization regional director for Europe, Hans Kluge, said that countries should continue using AstraZeneca’s vaccine for the time being.

“As of now, we do not know whether some or all of the conditions have been caused by the vaccine or by other coincidental factors,” Kluge said. “At this point in time, however, the benefits of the AstraZeneca vaccine far outweigh its risks – and its use should continue, to save lives.”

Kluge’s comments were echoed by the African Union, which recommended Thursday that countries should continue to use the vaccine developed by the British-Swedish drugmaker, which is yet to be authorized for use in the U.S.

Africa has lagged behind wealthier parts of the world in vaccinations, with many countries on the continent using free AstraZeneca shots distributed by COVAX, a global scheme co-led by the WHO to kick-start immunization campaigns.