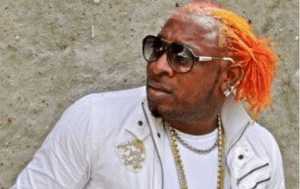 (JAMAICA GLEANER) – Dancehall artiste Elephant Man, who reportedly lied to immigration authorities about his trip to Belgium, which was on the list of countries for which Jamaica had imposed travel bans, is to return to the Kingston and St Andrew Parish Court on April 28.

The mention date was set on Wednesday when the entertainer appeared in court with his attorney Christopher Townsend.

The lawyer disclosed that he has received disclosure in the matter and will peruse the file.

The entertainer, who was christened Oniel Bryan, is facing charges of making a false declaration and false volunteer declaration.

He is charged along with Kevin Shields, a disc jockey who was travelling with him at the time of the incident.

Bail for both accused were extended by Chief Parish Judge Chester Crooks.

According to the allegations, on March 20 last year, the accused arrived at the Sangster International Airport in Montego Bay and failed to declare on the immigration and customs form that he had visited Brussels, Belgium.

As a result, on March 23, summonses were prepared for breaches of the Immigration (Restriction of Commonwealth Citizens) and Perjury Acts and served on Bryan.

Similar summonses were prepared and served on Shields.

Shields is being represented by attorney Russell Stewart.