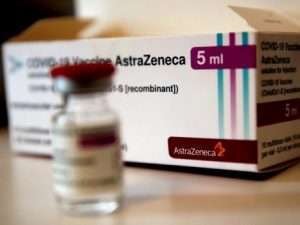 “We do not want people to panic and we would, for the time being, recommend that countries continue vaccinating with AstraZeneca,” WHO chief scientist Soumya Swaminathan told a press briefing.

Her comments came as a growing list of nations suspended use of the vaccine, pointing to cases of blood clots in people who had received the shot, which was jointly developed with the University of Oxford.

Swaminathan stressed that no causal link had been established between the vaccine and clotting.

“So far, we do not find an association between these events and the vaccine,” she said, pointing out that some blood clot incidents among the general population were to be expected.

When looking at those who had received the jab, the incidence is “in fact, less than what you would expect in the general population at the same time”, she said.

The UN health agency said its vaccine safety experts were looking at the AstraZeneca data.

“WHO’s advisory committee on vaccine safety has been reviewing the available data, is in close contact with the European Medicines Agency, and will meet tomorrow,” WHO director general Tedros Adhanom Ghebreyesus told Monday’s briefing.