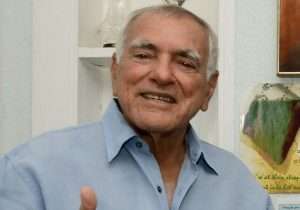 (TRINIDAD EXPRESS) –  Businessman Emile Elias has been charged with two sexual offences against a minor.

He will appear before a Port of Spain Magistrate on March 24.

Eilas is being represented by attorneys Gilbert Peterson SC and John Heath.

The charges were laid last night.

Elias is accused of sexual grooming and sexual penetration of a 17-year-old girl.

After the charges were laid, and the court date was given, Elias was granted station bail of $100,000 at the West End Police Station.

He was warned about the penalties of leaving the country and not appearing in court.