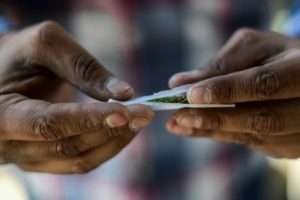 (AFP) — Mexico’s lower house of Congress voted Wednesday in favour of legalising recreational marijuana use, in a step towards transforming the land of the drug cartels into a huge regulated market.

The legislation, which still needs final approval by the upper house, is partly aimed at curbing drug-related violence that claims thousands of lives each year in the Latin American nation.

The law would make Mexico, home to 126 million people, one of just a few countries, including Uruguay and Canada, to legalise cannabis for recreational use.

“In theory, it will create the largest legal market in the world due to Mexico’s production capacity,” said Lisa Sanchez, director of Mexico United Against Crime, a non-governmental organisation.

In Mexico, “marijuana grows in natural conditions without the energy investments that are made in Canada, for example,” she said.

The lower house of Congress, the Chamber of Deputies, approved the bill by 316 votes to 129.

The legislation was already approved by the upper house, the Senate, in November, but it will be sent back for another vote following changes by the lower chamber.

But they are outnumbered by President Andres Manuel Lopez Obrador’s Morena party and its allies in both chambers, and the legislation looks almost certain to be approved.

PRI legislator Mariana Rodriguez, however, voiced concern that legalisation would increase “the rate of consumption and addiction.”

A landmark Supreme Court ruling in 2015 opened the door to the recreational use of marijuana in Mexico.

But it is still illegal to carry more than five grams (0.18 ounces). The amount would increase to 28 grams under the proposed law.

Up to eight plants would be allowed to be grown at home for personal consumption.

Pro-legalization activist Genlizzie Garibay said that although Mexico is “entering the discussion late,” the law is “a step forward” for society, producers and consumers.

But she described it as an “elitist law… written from fear, stigma and positions of power.”

Activists are concerned that cannabis would remain on the list of prohibited substances under the health law, and would not be decriminalised for possession of more than 28 grams.

“The production and sale will be legal, but possession will still be subject to the threat of police action, fines and possible arrests,” said Sanchez.

“It does not solve one of the main problems in Mexico: the misuse of security and justice resources,” she added.

The reform may also end up preventing farmers from marginalised and poor areas from entering the legal business, activists say.

They warn that labelling, production and seed requirements are standard for established companies, but not for traditional producers.

Lopez Obrador sees the legalisation of some drugs as a way to improve security in a country plagued by drug-related violence.

More than 300,000 people have been murdered since the government deployed the army to fight the cartels in 2006.