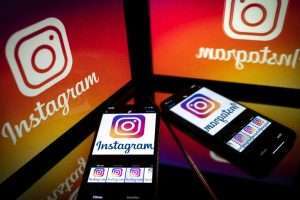 (AFP) — Facebook said Wednesday a lightweight version of Instagram would be rolling out to 170 countries, extending the reach of the popular visually-focused social network.

Instagram Lite is adapted for Android phones and is likely to gain appeal to users in locations with limited bandwidth or high data costs, especially in the developing world.

“Our teams build these lightweight versions of our apps for people with low connectivity or limited data plans because our basic premise is to leave no one behind,” said Tzach Hadar, head of product management for Facebook Tel Aviv, an engineering hub for the applications.

“We wanted the Instagram experience to remain fast, high-quality, and reliable, irrespective of the device, platform, and network people are on.”

Instagram, one of the “family” of Facebook-owned apps, has more than a billion users worldwide and is especially popular with younger smartphone users in the United States, India and Brazil.

The lightweight version takes up two megabytes compared with 30 for the full version of Instagram, and removes certain features such as animation and augmented reality filters.

The team “focused on what people valued most, namely video and messaging, which remote dwellers use more actively than their urban counterparts,” Facebook said in a blog post.

“Both posed a tightrope walk for engineers. While the team wanted to preserve the beauty and craft of Instagram’s design, they also had to remain mindful of how the app would perform in a setting with poor connectivity and slower networks.”

The rollout comes amid growth in social networks as people locked down during the pandemic turn increasingly to online services.

“During the past year, Instagram has become a lifeline for many to connect with loved ones or find a small moment of inspiration, be it a photo of a friend’s newborn or a video of puppies discovering snow,” Facebook said.

Facebook has been consolidating the engineering of its apps including Instagram, WhatsApp and Messenger even as it faces scrutiny from antitrust regulators and calls to break up the California tech giant.