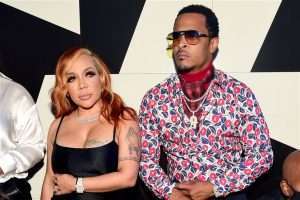 (URBAN ISLANDZ) – A new accuser in the rape forced drugging and kidnapping allegations involving rapper T.I. and his wife Tiny Harris says she was only 17 years old when she was assaulted by the rapper. Around thirty (30) victims have come forward to make allegations against the couple that includes gruesome details of their swinging lifestyle allegedly gone wrong.

The Daily Mail on Monday reported that six more women have come forward with allegations that they were sexually assaulted. This number is in addition to the more than a dozen others who have since sought legal representation, which called for a criminal investigation.

Among the victims reported in the media are a 17-year-old who says she interned at one of T.I’s studios, as well as a member of the military and a stripper.

The former intern, who is now 22 years old, claims she was drugged and anally raped on a tour bus while the military woman says she met the couple at a club and went back to their hotel where she allegedly took a sip of Tiny’s drink and felt dizzy. She claims she and Tiny took a shower together, and while being dizzy, T.I allegedly told her he wanted to put his foot inside of her vagina. She said she eventually passed out, but when she awake, she was sore in the vagina area.

Attorney-at-law Tyrone Blackburn, who is representing some of the victims who have come forward, has penned a letter to the authorities in Georgia and California in hopes of a criminal investigation being opened.

Speaking of the victims, Blackburn says, “these women are unaware of each other, and without any leadig on my part, they recount eerily similar events of sexual abuse, forced ingestion of illegal narcotics, kidnapping, terroristic threats and false imprisonment.” He also said the accusers are not interested in a financial payout, as some speculations have surmised in defense of T.I and Tiny.

Both T.I and Tiny have denied the allegations and have said they have never forced or coerced anyone to do anything they didn’t want to do.

No criminal charges have been filed against the couple as yet, and the authorities in the two states in which the offenses are alleged to have occurred are yet to comment on the letter by Blackburn.

Meanwhile, on March 5, it was reported that Blackburn alleged that an attorney for the couple Steve Sadow had approached him to make a deal with the victims and the couple. Blackburn is so far representing eleven (11) victims. Blackburn said the victims wanted justice for the wrongs done t them and were not interested in any deal, but rather they wanted the pair to turn themselves into police.

Sadow later denied the allegation by Blackburn and said, “I understand that at a virtual press conference today, attorney Blackburn claimed the Harrises reached out to him through me to supposedly make a deal,” he said in a report from CBS 46.

Sadow admitted that he did reach out to Blackburn, but it was not to strike a deal. “That is patently false. I reached out to see if he would share any information since his name was posted on Instagram as the attorney for Sabrina Peterson. Blackburn repeatedly refused to provide the names of his accuser-clients or any corroborating or supporting evidence of his groundless claims.”

Sadow asserted that the Harris’s are innocent as he said the accusers’ claims are baseless and that the claims are motivated by a social media movement to destroy the rapper and his wife.

“We are confident that if these claims are thoroughly and fairly investigated, no charges will be forthcoming. These allegations are nothing more than the continuation of a sordid shakedown campaign that began on social media,” says Sadow. “The Harrises implore everyone not to be taken in by these obvious attempts to manipulate the press and misuse the justice system,” he added.