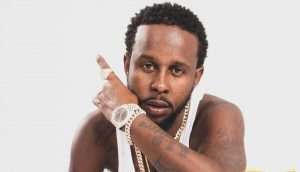 The Numbers Don’t Lie deejay has become the most sought-after Jamaican artist, especially when international artists want to add that hit factor to their projects. English producer Jamie xx’s decision to seek out the St. Thomas native for I Know There’s Gonna Be (Good Times) has paid off, after the 2015 track was certified Gold on March 3 by the Recording Industry Association of America (RIAA).

I Know There’s Gonna Be (Good Times), which also features American rapper Young Thug, is the third single from Jamie xx’s debut studio album, In Colour. With 19 million views on YouTube for the official music video, the single received its Gold certification after selling 500,000 units.

Last month, DancehallMag ranked the song No. 4 on a list of over 50 Popcaan collaborations with International artists.

Filmed in New York and Jamaica, the music video captures both Thug and Popcaan in their own districts reciting the lyrics on the rhythmic beat, produced by Jamie xx, that is nothing short of euphonious.

The song peaked at number 115 on the UK Singles Chart and number 90 on the Australian ARIA Charts. It grew in popularity over the years and was given a major boost when it appeared on the soundtrack for the video game NBA Live 16 and NBA 2K17 and for Kobe Bryant’s MyCareer spot.

Popcaan’s music has been steadily gaining international recognition and was most recently featured on this year’s NBA 2K21 soundtrack. His track Promise from the OVO-produced album Vanquish was used by the long-running video game franchise.

Another Jamaican artist who recently enjoyed certification success is Konshens, who received a Platinum plaque for his contribution to VICTORY Lap, the 2018 album by the late American rapper Nipsey Hussle. Konshens is featured on the album’s track Succa Proof.

Popcaan previously earned Silver certifications from the British Phonographic Industry (BPI) for I Know There’s Gonna Be (Good Times) and Should’ve Been Me with Naughty Boy and Kyla in 2018, and I’m in Control with Aluna George in 2019.

In November last year, the deejay was “forever grateful” as he received two Billboard plaques to mark the success of his two albums, Vanquish (2019) and FIXTAPE (2020) which were released after he signed with Drake’s OVO Sound.

Both albums peaked at No. 2 on the Billboard Reggae Album chart, while FIXTAPE hit No. 94 on the Hot 200 chart.

During an interview with the Jamaica Observer, Popcaan said he felt good to be recognized for his work. “It’s a good feeling. I’ve been working non-stop since I started. As much material you see released I have maybe triple that in unreleased projects so there’s much more to forward,” he said.

“I do music for di love of it still, I don’t think about the awards an’ rewards when I’m working but It’s an awesome feeling to be acknowledged for di hard work. You know, di fans see it, di peers see it, an’ it’s documented. It’s facts. Numbers don’t lie,” he added.