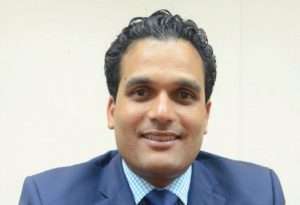 CMC – The former chairman of Petrojam, Dr. Perceval Bahado-Singh, has been slapped with multiple fraud charges related to US$73,620 that he allegedly dishonestly obtained during the time he led the board at Jamaica’s sole petroleum refinery, the Major Organised Crime and Anti-Corruption Agency (MOCA) announced Monday.

MOCA said detectives arrested Dr. Bahado-Singh and charged him with 12 counts of obtaining the money by means of false pretence.

It is alleged that between December 2016 and May 2018, he fraudulently claimed several reimbursements and was paid the monies by Petrojam for overseas business trips that he did not attend.

“MOCA conducted a thorough multijurisdictional investigation into these allegations, prepared and submitted a file to the Director of Public Prosecution, who ruled that criminal charges be filed,” the agency, which focuses on tackling corruption in the public sector and bringing high-value criminal targets to justice, said in a statement.

“Dr. Bahado-Singh was interviewed in the presence of his attorney and subsequently arrested and charged by MOCA detectives.”

He was offered bail and will appear in the Kingston and St. Andrew Parish Court on March 17.

MOCA said the investigation continues with a view to conducting other interviews shortly.