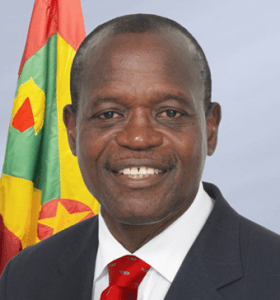 PR – The funeral of the late Elvin  G. Nimrod, Former Deputy Prime Minister, will be held on Friday, March 12 at the  Lauriston Mini Stadium.

Mr. Nimrod, who served as the Parliamentary Representative for Carriacou and Petite  Martinique for 19-years, will be given an official funeral. Some elements of an official  funeral include representation by a uniformed unit of the Royal Grenada Police Force and  attendance by Government officials.

In preparation for Friday’s funeral, Mr. Nimrod’s body will be transported on Wednesday,  March 10, from Grenada to the sister island of Carriacou.

In keeping with a direct request by a member of family, there will be no public viewing.  However, parliamentarians were afforded a private viewing of their former colleague last  Friday.

The general public is advised that the COVID-19 protocols will be strictly observed. The  number of attendees will be limited given the reduced capacity of the venue, due to the  three-feet physical distancing. Masks must be worn by all attendees; sanitising stations  will be set up and contact tracing information will be recorded both manually and through  the web-based app.

The funeral will begin at 12-noon, followed by interment at the Brunswick Cemetery,  according to Anglican rites.

The proceedings will be broadcast live on GIS TV, Channel 22 and streamed on the GIS  Facebook and YouTube pages. The live broadcast will also be available on several other  media platforms including Sister Isles Radio 92.9 FM in Carriacou, Real FM Grenada,  91.9 FM and Crossroad Family Radio 105.5 FM in New York. Mikey Live and Ridealong

Live will also stream the funeral on their respective Facebook pages.

As a mark of respect in honour of the late Elvin Nimrod, Government offices in Carriacou  will close at 12-noon on Friday. Additionally, all national flags will be flown at half-mast on  the day of the funeral.