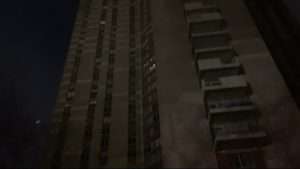 (JAMAICA GLEANER) – A 73-year-old Jamaican woman collapsed and died in the stairwell of a Bronx building after trying to walk up 19 flights of stairs, resulting in her oxygen tank running dry.

The incident unfolded Friday night when there was a power cut in the housing complex where she resides.

Longmore and her 77-year-old husband Algon had just returned from the hospital where she had gone to refill her oxygen tank.

Longmore attempted to walk the 19 flights to her apartment, but according to reports, her oxygen tank ran out between the 18th and 19th floors. She was found unconscious and unresponsive between floors 18 and 19. She was rushed by Emergency Medical Service to the hospital but did not survive her ordeal.

According to reports, Longmore migrated to the United States about eight years ago from Jamaica. She worked as a home health aide until her illness which forced her to use an oxygen tank to help with her breathing.

Coop City is a sprawling housing complex often referred to as a city within a city. The complex has its own power grid, independent of Con Edison which supplies power to New York City.

It is reported that a transformer blew out Friday night leading to the power outage.

Power was restored to the buildings in section 1 about 20 hours after going out. Messages are usually sent out by the complex whenever power outages occur.

The Gleaner attempted to contact Longmore’s family without success.