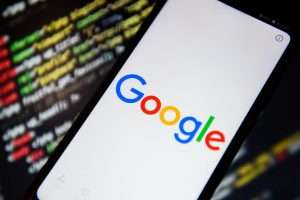 (AFP)— Google on Wednesday pledged to steer clear of tracking individual online activity when it begins implementing a new system for targeting ads without the use of so-called “cookies.”

The internet giant’s widely used Chrome browser this month will begin testing an alternative to the tracking practice that it believes could improve online privacy while still enabling advertisers to serve up relevant messages.

“We’re making explicit that once third-party cookies are phased out, we will not build alternate identifiers to track individuals as they browse across the web, nor will we use them in our products,” ads privacy and trust product management director David Temkin said in a blog post.

“Advances in aggregation, anonymization, and on-device process and other privacy-preserving technologies offer a clear path to replacing individual identifiers.”

The move comes with Google hammered by critics over user privacy, and increased scrutiny of privacy and protecting people’s data rights.

Growing fear of cookie-tracking has prompted support for internet rights legislation such as GDPR in Europe.

Temkin described the new Google system as “privacy-preserving… while still delivering results for advertisers and publishers.”

Safari and Firefox browsers have already done away with third-party cookies, but they are still used at the world’s most popular browser, Chrome.

Chrome accounted for 63 per cent of the global browser market last year, according to StatCounter.

Last month, Google unveiled the results of tests showing an alternative to cookies called Federated Learning of Cohorts (FLoC) which identifies groups of people with common interests without individualized tracking.

Some businesses have objected to the Google plan claiming it will force more advertisers into its “walled garden.”