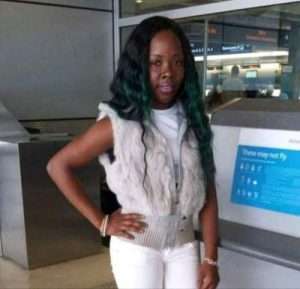 (CMC) – A lawyer was released on US$50,000 bail on Monday after being charged in Magistrates’ Court with the murder of a woman who vanished 10 months ago.

Kamal Worrell appeared in court in connection with the death of Chavelle Dillon-Burgess who went missing sometime between April 10 and June 11, 2020.

He was also charged with one count of wounding and seven counts of assault as well as interference with an electronic tag device on November 10 last year.

Worrell was not required to enter a plea as the case must be heard in the Supreme Court.

But he elected to have the electric tag charge heard in Magistrates’ Court and pleaded not guilty to the offence.

Setting Worrell’s bail at US$50,000 bail with two sureties of US$25,000 each, Senior Magistrate Juan Wolffe ordered the defendant to wear an electronic tag, visit Hamilton Police Station four times a week, and adhere to a curfew from 9:00 p.m. to 6:00 a.m.

He was also ordered to turn over his passport.

Dillon-Burgess, the mother of a two-year-old son, was reported missing by her mother on April 30, about two weeks before her 27th birthday.

A police spokesman said a search for the body of the woman, who worked at the Fairmont Southampton Resort and was a newly-recruited Royal Bermuda Regiment soldier, was continuing and police are still offering a US$50,000 reward for anyone with information.