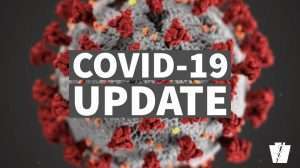 The Ministry of Health confirmed Tuesday that the new cases are all females; two minors  and a 36-year old who travelled together from the United States.

They arrived aboard the Jet Blue flight on February 27. As required for all inbound  passengers, they were tested within 72 hours of departure, the results of which were negative. However, on arrival in Grenada, as is also required, they were tested again and  those tests were positive.

Health officials are concerned that the new cases could be one of the new variants and  as such, the samples have been sent to the Caribbean Public Health Agency (CARPHA)  for testing. These results could take up to two weeks.

The returning nationals were approved for home quarantine prior to arrival based on the  inclusion of minors; and are being monitored.

The 51 other passengers from last Saturday’s Jet Blue flight are in quarantine and will be  tested on day five, in keeping with Grenada’s COVID-19 protocols. The daily COVID-19  dashboard reveals that at present, there are 226 inbound travellers who are at various  stages of quarantine.

The three new cases bring to 151, the total number of cases recorded in Grenada since  March 2020. Of that number, 73 were imported cases.

A total of 22,381 RT-PCR tests have been conducted and as of today, 4,650 people have  received the first dose of the AstraZeneca vaccine.