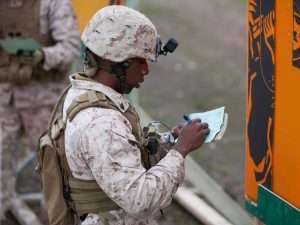 (AP) — A former US Marine found guilty of conspiracy to illegally export and smuggle firearms and controlled equipment from the US to Haiti has been sentenced to more than five years in prison, federal prosecutors announced Tuesday.

A news release from the US Attorney’s Office in Raleigh said Jacques Yves Sebastien Duroseau, 34, was sentenced by a US District Court judge in Raleigh.

Prosecutors alleged that Duroseau smuggled the weapons to train Haiti’s army in foreign armed conflict. They also said Duroseau and a co-conspirator impersonated high ranking military officers, pretending to be on military business so they could illegally move eight firearms by commercial aircraft to Haiti.

Duroseau was convicted on December 12, 2020, at the end of a three-day trial. In addition to the verdict, the jury decided that the firearms and equipment should be forfeited.