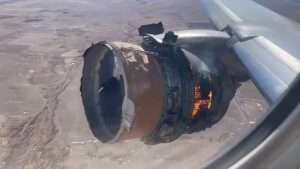 (AFP)— The US aviation regulator announced Thursday it fined Boeing a total of US$6.6 million, for a series of lapses in its regulatory and safety obligations.

Most of the penalties were imposed for failing to live up to a 2015 deal to “improve and prioritize regulatory compliance.”

“Boeing failed to meet all of its obligations under the settlement agreement,” FAA Administrator Steve Dickson said.

“I have reiterated to Boeing’s leadership time and again that the company must prioritize safety and regulatory compliance, and that the FAA will always put safety first in all its decisions,” Dickson said in the statement.

Though the amount was small for the global aerospace giant, it was the latest in a steady stream of negative news about Boeing, after its two deadly crashes of the 737 MAX — which has only just returned to the skies — and a recent scare involving a 777 — although that was attributed to the Pratt & Whitney engine.

Of the total fines, US$5.4 million stem from deferred penalties under the terms of the 2015 agreement because Boeing missed some of its improvement targets, and because some company managers did not sufficiently prioritize compliance with FAA regulations, the regulator said.

Boeing previously paid US$12 million in civil penalties in that case.

The company also will pay US$1.21 million to settle two enforcement cases in which management “exerted undue pressure or interfered with” an internal quality-control including “in relation to an aircraft airworthiness inspection,” the FAA said.

Boeing said in a statement: “We are strengthening our work processes and operations to ensure we hold ourselves accountable to the highest standards of safety and quality.”