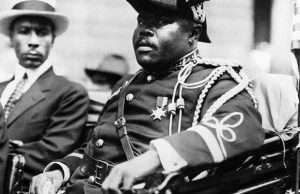 Clarke, the daughter of Jamaican immigrants, who represents the largely Caribbean 9th Congressional District in Brooklyn, New York highlighted Garvey’s accomplishments, identifying him as a champion for the liberation of people of African descent.

The resolution, H Res 148, hails Garvey as a human rights activist and seeks to preserve his legacy by exonerating him of unfounded charges brought against him by the US Government.

The resolution also called on newly-elected US President Joe Biden to exonerate Garvey.

“Marcus Garvey is an iconic figure and champion for the liberation of people of African descent worldwide,” Clarke said. “As an inspirational teacher, he became the critical link in the fight for black freedom and justice due to his vast accomplishments as an advocate for human rights.”

“I call for the president to exonerate Mr Garvey on the grounds that the case against him was politically motivated, unsubstantiated, and unjust,” she added.