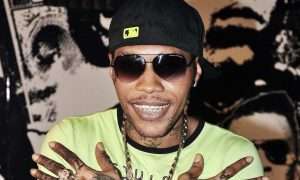 The incarceration of dancehall mogul Vybz Kartel has not stopped his musical output over the last decade, neither has it halted his charitable deeds. American-based DJ Lava’s Chat & Live show has risen as one of the go-to programs to tune into as persons await the resumption of normal outside activities. The show is known for its comical stance, but in one of its recent episodes, Lava touched on a very serious topic that could mean life or death for one child.

He made contact with the father of 2-year-old Rajive Sievwright, who shared details about the child’s medical condition. In December 2020, little Rajive was diagnosed with Neuroblastoma, which is fast-spreading cancer. The cancer has since spread and at the time of this story, Rajive Sievwright was battling stage 4 cancer. When the handlers of Vybz Kartel’s Instagram heard about the child’s plight, and his desperate need for funds to help with his medical treatment, they immediately jumped on board with a $200,000 donation. The 2-year-old’s father also encouraged others to give no matter how small.

Sources in the Gaza camp told Urban Islandz on Tuesday that Vybz Kartel did not hesitate to donate the funds and has often done similar deeds without it reaching the media. “There wasn’t even a hint of hesitation he just did what he felt was the right thing to do given the situation,” sources told us. “What a lot of people don’t know is this is something Kartel does regularly. He just don’t publicized it because its not for clout. There are still kids that Worl’Boss sending to school right now that are not his kids.”

Neuroblastoma is rare cancer that develops in nerve tissues and normally affects children under the age of 5 (five). Symptoms of the deadly condition include decreased appetite, fatigue along with a lump in the chest, neck, or belly.

Rajive’s dad spoke of the difficulties his son has faced since he received the diagnosis. He also thanked persons who had already contributed to his son’s cause.

Vybz Kartel is no stranger to charitable deeds. Last year, he also contributed to the family of the late Jodian Fearon, who died last April after being denied admission to several local hospitals while being in labor. Her tragic passing caused widespread outrage against the hospitals who cited COVID-19 risks. Her story also attracted Vybz Kartel’s compassion.

Following her death, a GoFund Me account was set up, which Kartel contributed. The fund was initially set up to offset legal fees and other expenses. The dancehall icon and his family have also done other philanthropic work in his community. His sons and wife, Tanesha Johnson, donated care packages last year to the Poor Relief Department.

Before his incarceration, Vybz Kartel was also instrumental in giving back to education and development in his native Portmore, St. Catherine.

Kartel is currently serving a life in prison following his 2014 conviction for the murder of Clive “Lizard” Williams. He is also appealing the conviction and recently granted permission to take his case to UK’s privy council.