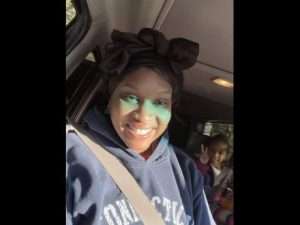 (JAMAICA GLEANER) – A Jamaican family is in mourning after 30-year-old Tashianna Johnson-Blake was reportedly shot dead by her military husband in front their two children in Colorado, United States, on the weekend.

The police have arrested the suspect, Dermot Andrew Blake, who is Jamaican and in his 30s, on charges of first-degree murder and child abuse without injury.

Blake, an active duty sergeant at the Fort Carson military base, did not have a bond listing on the El Paso County Sheriff’s website yesterday, when he was scheduled for his first court arraignment.

The tragic event hit Johnson-Blake’s family hard, with an uncle taking to Facebook to express his grief.

“I am mourning because of her my niece, lost her to domestic violence,” he captioned a photo.

Another uncle, who resides in Jamaica, told The Gleaner that the family has been devastated.

“She came out here when she was smaller. She and my sister came to visit,” he said of Johnson-Blake, a realtor whose parents are both Jamaicans.

Concerned about children
He said that the couple had been together for several years, and theorised that a domestic dispute might have led to the shooting.

“Is must domestic problem. They have two kids together, and mi hear say him kill her in front of the pickney dem. Shot her in her head,” the uncle said. “I got the call and I spoke to her grandmother (also his mother), and she said they were getting ready to go down to Colorado. They are in New York.

“There were to call me back, [but] I guess the situation have them up there a way,” he told The Gleaner yesterday.

The family is particularly concerned about how it will affect the couple’s children, even as they call for justice to be served.

Reports from the Colorado Springs Police are that they responded to a call of a shooting about 1 a.m. and when they arrived in the 2000 block of Squawbush Ridge Grove, they found a woman – who has not been named by the police or in US media reports, but who family members tell The Gleaner is Johnson-Blake – dead inside the house.

Her death is currently being investigated as a homicide.

US media reports suggest that the identity of the woman killed would not be released until the coroner’s office determines the cause of death.