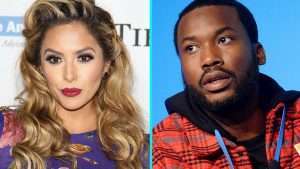 Don’t Worry (RIP Kobe) contains the lyric: “If I ever lack, I’m goin’ out with my chopper, it be another Kobe.”

Bryant was killed along with his daughter Gianna and seven others in a helicopter crash last year.

“I am not familiar with any of your music, but I believe you can do better than this,” she wrote on her Instagram story on Monday.

“If you are a fan, fine, there’s a better way to show your admiration for my husband. This lacks respect and tact.”

She also shared a message of support from basketball star Candace Parker, who wrote: “I’m sorry you and your girls continually have to deal with [expletive] like this. It’s not fair it’s not right.”

He subsequently clarified that these tweets were not aimed at Bryant and her family.

“I apologised to her in private earlier today not to the public,” he wrote. “Nothing I say on my [Twitter] page [is] directed to an internet viral moment or the family of a grieving woman! If you care about someone grieving, change the subject!”

It is not clear how the track leaked, and it has now been deleted from social media and YouTube.

The rapper initially suggested his lyrics had been misinterpreted.

“Somebody promo a narrative and y’all follow it…. y’all internet antics cannot stop me,” he wrote. “They paying to influence y’all now … its almost like mind control ‘wake up.'”

The rapper previously petitioned the National Basketball Association to change its logo to a silhouette of the Black Mamba to honour Bryant.

The sportsman, a five-time NBA champion, played for the LA Lakers throughout his career and is considered one of the greatest players in the game’s history.

He was on his way to a tournament in Thousand Oaks last January when the helicopter he was in crashed into a hill just north of Los Angeles.

Earlier this month, US safety investigators said the pilot had probably become disorientated amid fog.

In its official finding, The US National Transportation Safety Board (NTSB) said Ara Zobayan, who also died in the crash, told air traffic controllers the helicopter was climbing out of heavy cloud when it was actually descending.

“We are talking about spatial disorientation where literally the pilot may not know which way is up or down, whether he or she is leaning left or right.”