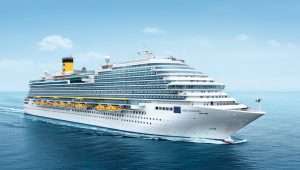 (AFP) — French investigators are probing manslaughter allegations against Italy’s Costa Cruises over its handling of COVID-19 cases onboard one of its ships, which claimed the lives of three passengers, judicial sources told AFP Tuesday.

What was meant to be a dream cruise in the Caribbean turned into a nightmare for passengers onboard the Costa Magica ship in March 2020 after several Caribbean ports refused the ship permission to dock over coronavirus concerns.

Of the 2,303 passengers onboard, nearly a thousand were French.

They claim that for over a week they were kept in the dark about suspected infections onboard.

They also contend that the crew encouraged them to use the ship’s shops, spas, restaurants and casino without putting sufficient health measures in place.

Around 850 French passengers, including the families of three passengers who died of COVID-19, later filed a complaint in France against Costa Cruises.

Judicial sources told AFP that investigating magistrates were examining allegations of injuries and manslaughter, aggravated deceit, failure to assist a person in danger and endangering the lives of others.

In an interview with the Ouest France newspaper in August, one of the passengers, Stephanie Dubois, complained of a shortage of face masks and hand gel and said that some passengers were so desperate to get off the ship when it dropped anchor off the island of Martinique that they wanted to swim the six kilometres (3.7 miles) to shore.

Costa Cruises denies that it failed to keep passengers informed of the situation, and insists that the crew acted on the basis of scant information available about the virus at the start of the pandemic.