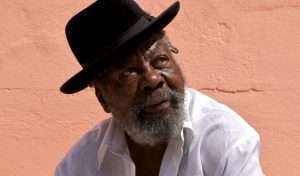 (JAMAICA OBSERVER) – Veteran singer and vocalist Ewart Beckford, popularly known as Daddy U Roy, has died. He was 78 years old.

U Roy is one of dancehall’s most influential figures. He started his career in the 1960s on sound systems, and hit the charts in the early 1970s as a toaster on popular hit songs like Wear You to The Ball (alongside John Holt) and Tom Drunk (with Hopeton Lewis).