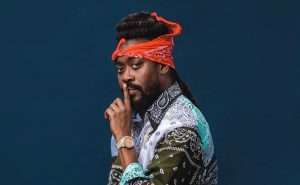 (URBAN ISLANDZ) – Beenie Man has a new album coming this spring with a star-studded guest list.

It’s been more than a decade since Beenie Man released a new project. For many old-school dancehall fans, it seemed like something they would never see happened again in this lifetime, but the dancehall veteran made the surprise announcement about his upcoming album SIMMA in a new interview with Reggae Entertainment Lifestyle.

Beenie Man explained the title of the oft-delayed album, telling the hostess that he says “Sim simma” in one of his biggest songs in the world. Most people don’t realize that the popular song is actually titled “Who Am I.” Beenie admitted that he’s never actually used the name “SIMMA,” although he’s been associated with the term since the genesis of his career. “It’s just a brief reminder to have the people dem know who’s coming with this album… so when dem hear ‘Simma’ dem start sing the song.”

SIMMA is supposed to be a ten-track album, but Beenie says it might have up to a dozen. The record will be loaded with diverse features, from guest appearances by Sean Paul and Shaggy to Popcaan and Dexta Daps. “Every time mi a mek a album mi waan show people how versatile I am,” Beenie Man says. “You have to go through many genres of music and deal wid it da way deh so yeah, the album wicked mi a tell yuh di honest truth.”

Elsewhere in the interview, Beenie Man said his highly publicized Verzuz appearance came as a surprise for him, and he appreciates the organizers for thinking about Jamaica. Though he did point out how easily we can be overlooked like we were with the infamous snub on the magazine cover about Verzuz. The veteran dancehall star also encouraged struggling new artists to enter into their music careers for the right reasons instead of chasing popularity and a flashy lifestyle.

He says once the things that come with the business start to appear, artists sometimes begin to illtreat the music. As for him, he learned about money management early, having started out so young. Beenie says he began making good money at around 10 years old and had his mom leave her job and made a provision for her salary as he was paid more than two times what she was.

Beenie Man’s last album, Undisputed, released in 2006, debuted at No. 1 on the Billboard Reggae Albums chart. The impending Simma comes almost 15 years later and marks the dancehall star’s 19th studio album. Beenie announced that the lead single would be released ahead of the project. The track titled “Fun In The Sun” features Popcaan and Dre Island, and a preview of the music video arrived on Beenie Man’s VEVO on January 31st.

In the video produced by Cinema Gods, the deejay honors his late mother, who passed away in 2020. “I know you are listening from above. There’s nothing that I value more than your love. No matter where I am or what I’m doing your memories will always keep me smiling,” the quote at the beginning of the visuals read before a photo of his mom appears about 1 minute in.

These and other songs are featured on Beenie Man’s upcoming album, which he says will be released in the spring. Fans are already excited about the fine assortment of collaborators for the project who should concoct a number of memorable tracks for the record. We will offer updates on Beenie Man’s new album SIMMA including the release date, as soon as they become available.