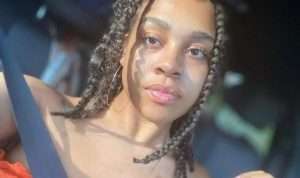 (JAMAICA OBSERVER) – The United States (US) Embassy in Jamaica has responded to calls for it to take action against American Kalina Collier, who faked her kidnapping to avoid quarantine in Jamaica.

In a statement this evening, the embassy said it is aware of reports of a US citizen, “who had recently travelled to Jamaica and claimed to have been held against the individual’s will”.

“The US government provides all appropriate consular services to US citizens in emergency situations overseas and fully investigates claims of unlawful detention; however, due to the Privacy Act of 1974, we cannot release any information about a US citizen without his or her written consent,” the statement read.

Jamaican police said today that Collier’s claim that she was kidnapped in Jamaica and was being trafficked by a local hotel was “false, baseless and mischievous”.

Calls have also been made on social media for Collier’s employers, Jetblue, to make a statement, and the Jamaican Government has been accused of treating the tourist with kid gloves, in allowing her to leave the island today without facing charges of creating public mischief.

The claim, initially made by Collier on social media, garnered support from numerous individuals abroad, who called for a boycott of Jamaica, after the young woman claimed that she was being held against her will.

Collier’s claims were described as a ruse by the American to avoid quarantine, after testing positive for COVID-19.

The police said on arrival in Jamaica, the Jetblue employee tested positive for the COVID-19 virus and was placed in isolation, in keeping with Jamaica’s COVID-19 prevention protocols.

The police said representatives from the Ministry of Health and Wellness, the Jamaica Tourist Board and the local police were in contact with Collier and her mother, who arrived in Jamaica after her daughter.

“She was visited by the local police on Saturday, February 13 and she is not, nor was she at any time, in any danger,” the statement said.

Collier returned to the US on Sunday.