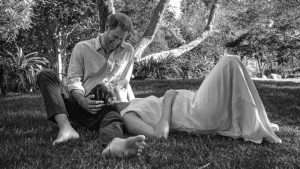 “We can confirm that Archie is going to be a big brother,” the spokesman said, referring to the couple’s son. “The Duke and Duchess of Sussex are overjoyed to be expecting their second child.”

The couple released a black and white image of them under a tree, all smiles, with Markle showing signs of pregnancy.

They have launched several legal cases against news outlets alleging invasion of privacy — including one that ended on Thursday with a victory against Associated Newspapers in the UK.

The cases have attracted criticism from some, as the couple are also launching themselves into the public eye with high-profile projects such as a Spotify podcast in which Archie made a brief appearance.