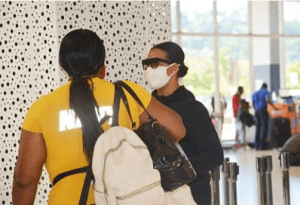 (JAMAICA OBSERVER) – A JetBlue spokesman has confirmed that the airline is investigating reports that one of its flight attendants who, after testing positive for the novel coronavirus, reportedly faked that she was kidnapped in Jamaica and was being trafficked by a local hotel accompanied by her mother.

Derek Dombrowski, a JetBlue spokesman, said the airline is aware of reports that Collier, who was vacationing in Jamaica, had been required to quarantine due to coronavirus health regulations and that she has safely returned to the United States after her quarantine expired, a NBC News report said.

“We have full confidence in Jamaica’s health protocols and it is important everyone follows the rules,” Dombrowski is quoted as saying in a statement Monday.

“We hold each JetBlue crewmember to the highest standards when it comes to personal integrity and we are conducting an urgent investigation into the actions of our crewmember.”

Collier left the island after both the Jamaica Constabulary Force (JCF) and the Jamaica Tourist Board (JTB) strongly refuted the claims that surfaced on social media that she was kidnapped.