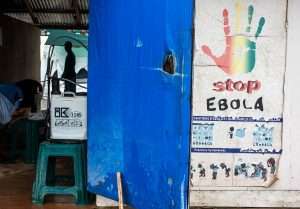 (AFP) — West Africa faced its first known Ebola resurgence since the end of a devastating outbreak in 2016 on Sunday, with Guinea responding to what its health chief called an “epidemic” after seven cases were confirmed.

Despite the Covid-19 pandemic stretching health resources across the world, Guinea and the World Health Organization (WHO) say they are better prepared to deal with Ebola now than they were five years ago because of good progress on vaccines.

The WHO said it would rush assistance to Guinea and seek to ensure it received adequate inoculations, as neighbouring Liberia and Sierra Leone went on high alert as a precaution.

“Very early this morning, the Conakry laboratory confirmed the presence of the Ebola virus,” Guinea health chief Sakoba Keita said after an emergency meeting in the capital.

Health Minister Remy Lamah had earlier spoken of four deaths and it was not immediately clear why the new toll was lower.

The cases marked the first known resurgence of Ebola in West Africa since a 2013-2016 epidemic that killed more than 11,300 people, the worst involving the virus on record.

That epidemic also began in Guinea in the same southeastern region where the new cases have been found.

The virus, believed to reside in bats, was first identified in 1976 in Zaire, now the Democratic Republic of Congo.

Keita, head of the National Agency for Health Security, said one person had died in late January in Gouecke, southeastern Guinea, near the Liberian border.

The victim was buried on February 1 “and some people who took part in this funeral began to have symptoms of diarrhoea, vomiting, bleeding and fever a few days later”, he said.

Some samples tested by a laboratory set up by the European Union in Gueckedou in the same region revealed Ebola on Friday, said Keita.

He added that Guinea was now in an “Ebola epidemic situation”.

Patients have been isolated and an investigation was ordered to determine the home villages of all who took part in the burial to carry out contact tracing, said Keita.

Experts will also work to determine the outbreak’s origin, which could be a previously cured patient whose disease relapsed or transmission by “wild animals, in particular bats”, said Keita.

According to the health chief, diagnosis time has been reduced to less than two weeks compared with three-and-a-half months in 2014.

WHO representative Alfred George Ki-Zerbo told a press briefing: “We are going to rapidly deploy crucial assets to help Guinea.

“The WHO is on full alert and is in contact with the manufacturer (of a vaccine) to ensure the necessary doses are made available as quickly as possible to help fight back.”