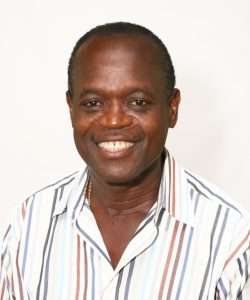 PR – The Political Leader, Executive and membership of the New National Party joins with the people of Carriacou, Petite Martinique and Grenada in expressing profound sadness at the passing of our beloved Mr. Elvin G. Nimrod.

Mr. Nimrod spent nineteen unbroken years as the Member of Parliament of Carriacou and Petite Martinique. Previous to this he spent two years in the Upper House of Parliament starting his stint there in the year 1997.

Elvin Nimrod also served as Minister of Legal Affairs, Labour, Local Government and Carriacou and Petite Martinique Affairs. These positions he held while also holding the portfolios of Foreign Affairs, International Trade and acting as Attorney General at different times.

On the political front Mr. Nimrod has played a key role in the New National Party over the years holding the positions of Chairman and then Deputy Political Leader. He won the Carriacou and Petite Martinique Constituency in 1999 and retained the seat in the 2003, 2008 and 2013 General Elections.

Many first time Candidates/Parliamentarians have benefitted immensely from his guidance and mentorship as one of the most senior and experienced members of the NNP Team. His smile and ready words of wisdom and advice will be missed by all.

To the people of Carriacou and PM he was a champion, a true patriot and a humble and genuine son of the soil. He always ensured that his constituents got: ‘a fair share of the national pie’ as he would often say. He was a warrior for the advancement and positive development of the people of Carriacou, Petite Martinique and Grenada. A man who carried a golden heart of love and caring especially for those who were in need. We must cherish his legacy and build upon the foundation that he had laid down for us.

May our dear friend and brother Elvin Nimrod rest in peace with the LORD. Again, our heartfelt condolences to his family, friends and especially the people of Carriacou and Petite Martinique on his passing.