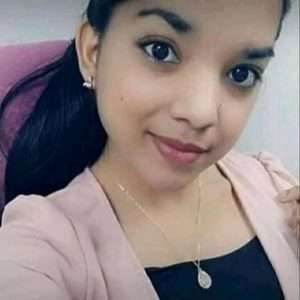 (TRINIDAD EXPRESS) – The nation is mourning the death of 23 year old Andrea Bharatt.

Bharatt, a law clerk at the Arima magistrates court was kidnapped last Friday.

For the past week the people of Trinidad and Tobago have been praying for her safe return.

The confirmation of her death after a body was discovered in the heights of Aripo sent many into grief, shock and anger.

Thousands of people viewed live reports from various media houses who were at Aripo on Thursday.

The sight of Andrea’s father, Randolph Bharatt, and her aunt Wendy Williams going to identify the body caused many to share their tears, condolences and pain.

Andrea was her father’s only child.

Citizens did not hold back in expressing their grief and also demand for justice.

“Am so outraged this is the outcome after this man grew up his daughter as a single father god alone knows his struggle throughout the years, educated his daughter send her to university, she turned out to be a lovely modest respectful young woman, only for these sick sick sick monsters to kill this child in this horrific way, God what did this child do to deserve this ending, and the monsters gets to carry on life as normal.. may her pure innocent soul rest in eternal piece. karma we need u desperately now !!! work your magic,” posted one person.

Another noted that the murder of Bharatt comes recently after the gruesome murder of Ashanti Riley.

Police arrested the driver of three vehicle two days later and obtained information which led them to the nude, decomposing body of Riley on her back in a stream in Santa Cruz.

An autopsy revealed Riley died from sharp force injuries to the right of her chest and lower abdomen and blunt force trauma to the back on the left side of the chest.

“I am saddened, outraged at the outcome. Ashanti Riley was taken and many others still missing. Sad, sad, sad. RIP baby girl. Condolences to her entire family,” stated a person.