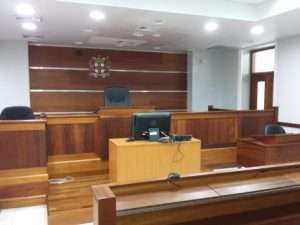 (JAMAICA GLEANER) – The St Thomas teen who was arrested and charged for severing the penis of a six-year-old boy has been sentenced to three years and seven months behind bars.

The convict, who was 16 years old at the time of the offence in August 2019 was sentenced in the St Thomas Parish Court Thursday.

He had earlier pleaded guilty.

She also asked the court to take into consideration the fact that the teen had been in custody since August 2, 2019 and that he pleaded guilty at the first opportunity.

She also told the court that the teen was a victim of abuse.

The offender, now 17 years old, is to stay at a juvenile correctional centre until he reaches 18 when he will be sent to an adult correctional facility.

He was 16 years old at the time of the offence.

On the evening of August 2, 2019, the father of the six-year-old boy became concerned after not seeing his son for a while.

He made enquiries and was told that his son was last seen in the company of the teenager.

The father then went to the teen’s home in search of his son and stumbled upon the unconscious six-year-old lying in bushes, with cuts, bruises, and stab wounds.

His penis had also been dismembered.

The young boy was rushed to the Princess Margaret Hospital in Morant Bay and later transferred to the Bustamante Hospital for Children in St Andrew.

The severed penis was later found in a bucket of water and attempts to reattach it was unsuccessful.