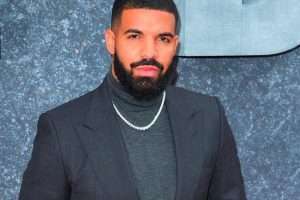 (URBAN ISLANDZ) – A Champagne company partially owned by Drake is suing a distributor who it says conspired with another marketing company to destroy Drake’s champagne brand.

Mod Selection, which is Drake’s champagne partner, says it was screwed over by a distributor – retail outlet Total Wine & More which conspired with another distributor- Southern Glazer’s Wine & Spirits to treat the luxury drink like cheap booze and lowering or destroying the brand’s market value.

Drake’s partner also says the move by the distributor was racist when it came to marketing the champagne.

According to Mod Selection, there was an agreement with Southern in 2018 in which it was agreed that the former would market the high-end champagne in a way that would boost its business and sales. The champagne called Mod Selection Rose by Drake retails for between $300-$400. According to Mod, Southern failed to market the beverage in a way to honor their agreement, and they did so deliberately to sabotage the brand due to racism against Drake.

Drake is only named in the lawsuit as investor and brand ambassador but is not suing or being sued, TMZ reported. In 2019 while accepting his Billboard Music Award for Best Male Artist, Drake unashamedly promoted the champagne when he appeared on stage holding the champagne bottle in hand.

The documents filed by Mod say Drake agreed to the company using his name, image, and likeness to market the champagne, but Southern damaged the relationship with Drake because it “repeatedly subjected [Drake] to browbeating and dismissive treatment.”

The company said Drake found this attitude to have stemmed from racial bigotry against the artist because it marketing the high-end beverage as a “black” or “rapper’s” champagne, which is insensitive, the claim says.

Southern terminated the deal with Mod in 2019 and sent the remainder of its stock to Total Wine & More locations selling it at the very discounted price of $49-$149 per bottle- when it should be selling for $300- 400.

Meanwhile, Drake’s attorney says he wasn’t aware of the lawsuit being filed and that at no point has Drake raised the issue of racism in relation to Southern’s breach of contract.