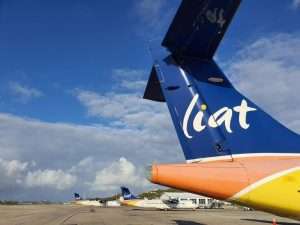 (CMC)— Regional heads of government have been asked to help cover the cost of severance entitlements of over EC$70-million to former employees of regional carrier, LIAT.

In a letter, dated January 22, the Court-appointed administrator, Cleveland Seaforth, said that as of April 2020, the total unpaid entitlements to workers across the region, amounted to EC$119,006,962. Of this amount EC$79,011,337 is in respect of the employees’ legal severance entitlements.

“Based on preliminary estimates, it is highly unlikely that any significant portion of the workers’ severance entitlement will likely result from the estate of LIAT (1974) Limited, upon its eventual liquidation,” Seaforth wrote.

“This likely eventuality is most unfortunate as over the years, notwithstanding the continued financial ill health of the company, the employees committed themselves and continued to provide service to the company,” he continued.

The administrator also pointed out that “the employees were of the firm view that by virtue of the company being primarily owned by the governments of the region, it was most unlikely that hardship would come to them, because there was an expectation that the company would never be abandoned by the respective governments.”

He stated further, that based on discussions with various unions in each of the territories, it is clearly evident that both the current and former workers are experiencing severe financial hardship and a high level of disappointment, in what is perceived as a lack of support from the respective governments.

Seaforth also pointed out that the government of Antigua and Barbuda believes it has a moral obligation to the former workers, but the onus is far too great for a single government.

He said the Antiguan government is prepared to offer the employees up to a maximum of 50 per cent of their severance, through a combination of cash, land or government bonds.