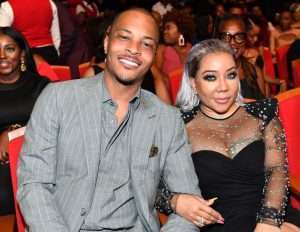 (REPUBLIC) – American rapper T.I. and his wife Tiny have been accused by the latter’s former best friend Sabrina Peterson of abusing women they had ‘forced’ threesomes with. She has revealed that their sexual activities often included women and minors as well. Sabrina Peterson has also spoken about how abused women are coming out to share their experiences. Read ahead to know more details.

According to a report by Aceshowbiz.com, Sabrina Peterson who is Rapper Ti’s wife Tiny aka Tiny Harris’s former best friend had taken to her Instagram stories to share the experiences of the allegedly abused women. While sharing her experience, one woman said that her phone was taken away when she entered Ti and Tiny’s hotel suite in 2016. She also has added that cocaine was handed to them and the ones who removed their pants were only allowed to stay. While another woman was crying because she was not given her phone to call an Uber to leave.

The anonymous person has also described Ti as a monster who uses the money to manipulate people while she called Tiny his secret weapon. The report also has accounted for a woman who was a minor during the alleged abuse happened. She has claimed that she was pressured into having sex with Tiny by TI. According to a report by MTO News, Tiny has talked about being a bisexual while Ti has admitted that he has engaged in threesomes with women in the past.

In her Instagram stories, Sabrina has also said that she could use this information to make a documentary on the ones who were abused. She has also hidden the identity of the women who have reported their abuse to her. Sabrina has also added a post wherein she has written that she is currently interviewing all the victims.

In the caption of the post, she has written that she is her for facts and to not slander anyone. She further informed in the caption that she is planning to move forward with civil legal action and planned awareness. In an earlier post, Sabrina has motivated the victims to not maintain silence on the issue and to speak up. She has also written that she is extremely disturbed with the things she is hearing and she is emphatic to the victims as well. She ended the note by saying, ‘you can never heal from what you never reveal’.